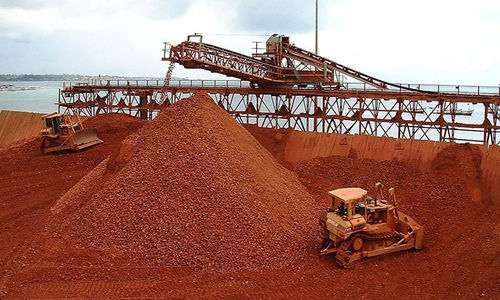 Resource Nationalism remains a key theme in Africa's mining industry. The Southern African Institute of Mining and Metallurgy defines "Resource Nationalism" as the desire of the people of resource-rich countries to derive increasing economic benefit from their natural resources and their governments' drives to exercise greater control of natural resources. At a macro level, resource nationalism can be seen in the economic and social initiatives introduced by host governments. Indigenisation laws are one manifestation of resource nationalism, a trend identified by Ernst & Young in its 2012~2013 Mining & Metals report as topping the concerns of mining and metals companies.

This is not an Africa specific trend, however, and we can find examples of both economic and social resource nationalism in a variety of international jurisdictions. Australia introduced a resource rent tax on coal and iron ore. Similarly, Canada requires approval of certain foreign investments under a 1985 law and the United Kingdom recently raised windfall taxes on North Sea oil from 20% to 32%. Other non-African countries that have recently increased taxes and royalties include Mongolia, Poland and the USA, to name a few. In addition, Brazil, Indonesia and Vietnam have announced beneficiation strategies and indigenisation efforts can be seen in China, India and Mongolia through foreign ownership caps and restrictions.

Economic Resource Nationalism is the more prevalent form of resource nationalism at present and can be seen in governments revising tax and royalty polices, concession agreements and ownership requirements to maximise revenue streams. For example, the governments of Angola, Burkina Faso, Democratic Republic of Congo, Guinea, Ghana, Liberia, Mozambique, Tanzania and Zambia, to name but a few, have announced or enacted adjustments to their mining and tax regimes in recent years.

Governments may also themselves, or through state owned entities, require a free carry interest in mining assets and in some instances may also include an option to take up a further interest in the mining asset on a commercial basis (e.g. Guinea).

Economic resource nationalism can be seen in changes to:

稅基的改變 Change in tax base

It allows the state to generate significant amounts of revenue from profitable mining entities. It is both strategic and revenue orientated.

Social resource nationalism is most commonly seen in the form of local ownership requirements in mineral projects This is evident in South Africa's 26% black economic empowerment (BEE) requirement and Zimbabwe's 51% indigenisation policy.

In Mozambique, local participation is achieved by individuals acquiring shares in listed companies at a nominal value. Tanzania has no direct restrictions on foreign investment or commodity ownership, however there are some licencing restrictions in place. Zambia reserves artisans'mining rights for Zambian citizens only. In Liberia, class B mining licences are restricted to a minimum of 60% local ownership and in Swaziland 10% of Government shareholding is reserved for acquisition, at fair market value, by Swazi citizens or entities which are majority-owned by Swazi citizens. Precious mineral exploitation is reserved for Gabonese citizens or companies with a minimum of 51% Gabonese shareholding. Local equity participation sits at 35% for Kenyan license holders.

In Namibia, local participation is under discussion, but not yet mandated, in the form of the draft Mining Charter for Sustainable Broad-based Transformation. Lesotho is currently contemplating a 51% indigenisation strategy similar to that of Zimbabwe.

Mitigating the risks of resource nationalism

The risks associated with resource nationalism for foreign investors can be mitigated in a variety of ways, including:

Understanding the local laws and how they are implemented in practice

It is important to understand fiscal, employment and indigenisation laws in particular. Due consideration needs to be given to how and through which jurisdiction the entry should be structured to ensure not only commercial and tax efficiency, but also to take advantage of favourable bilateral investment treaties where available. Investment protection can be achieved through the use of Bilateral Investment Treaties (BITs).

The nature of the investment structure will generally be determined by the intent of the investor (i.e. a short-term view of establishing and selling or a long-term view of investing throughout the life of the mine).

The relevant entities themselves should be established with a view of the investing company to introducing local participants, particularly with regard to fiscal and control requirements.

As more and more emphasis is being placed on community and employee participation and the introduction of local investors, the selection and interests of these stakeholders should be carefully considered and aligned with those of the investing company.

Many investors make the mistake taking a formulaic approach to the formation of local investor consortiums comprising of what are perceived to be key interest groupings. It is not uncommon to see members of such groupings (brought together under artificial circumstances without aligned interests) descending into infighting and stalling project development as a result.

Furthermore, in certain jurisdictions, due consideration needs to be given to whether or not any of the potential local participants/ beneficiaries are subject to international sanctions as this will have implications for the investor and how it structures its investment. Due diligence on potential partners is key, as is ensuring that all documentation (including the constitutional documents of the entities established for the project) incorporate appropriate mechanisms for dealing with such contingencies.

Structuring the local participant's entry into, and participation in, the project appropriately

The flow of financial rewards is vital in ensuring a project moves forward. It is therefore generally best to structure a trickle dividend to local partners while their buy-in is being settled.

It is also important to structure an investment in a way that ensures that the investor receives an equity return on both the buy-in by the local participants and on any disproportionate funding which the investor may need to advance to the company.

It should also be borne in mind that negotiations are often with political figures as opposed to administrative officials. Being able to handle such

Establishing a "social licence to operate"

The way the investor conducts itself is important in establishing trust with stakeholders at a national, state/ provincial and local level. Activities to consider include:

adhering to local laws, particularly environmental and health and safety laws (if these are absent, ensuring that international best practice is adopted);

observing and respecting local customs; and

implementing and/or facilitating host community development programs (a key success factor here is substantive interaction, buy-in and determination by the host community itself), i.e. a bottom up rather than top down approach；

conducting research, engaging with local communities and government agencies and building support for the project will diminish the risks of it being stalled down the line.

It is a mistake for investors to assume that it is impossible to do business in Africa without engaging in corruption.

To operate productively in African countries, mining companies should:

understand the environment they are working in and follow the rules rigorously;

make it clear to public officials from the outset that they are not willing to pay bribes or get involved in any sort of corruption;